Champion babysitter, now babysitting the matrix for you

Born 2058 Sex F Height 170 Build athletic
Nationality
Description The girl next door as cast in a Hallmark (subsidiary of Shiawase Entertainment) holiday special — except for something a little haunted in her eyes, and the periodic sniffle. Has the height, good skin, and build of someone who grew up not-in-the-barrens, but has a hungry look to her now and some scars on her head that she prefers to cover up with a hat. Doesn’t carry any obvious weapons, but can make a throwing knife appear instantly

Lifestyle
Living with ‘The Tribe’ in Redmond for the moment (low lifestyle, 2200 nY/month (2000+Sinner quality)

In many ways Addison (aka Addie) was a typical child of the upper-middle classes of the 2060/2070s:

Then in her mid-teen years she began to have trouble sleeping, at times seemed to be almost hallucinating, and began to retreat heavily into her own head. Drug screens came out negative, psychologists suggested several syndromes and twice that many cures. None of them successfully diagnosed her as an emerging technomancer.

Her behavior continued to get more erratic despite all that the various doctors could do. Aside from the hallucinations and matrix obsessions it escalated to truly unacceptable behavior like sneaking out at night, dating orcs, getting into fights, and trying to organize some poorer kids she’d met to lobby for their rights.

Just before she turned 18, the older Addisons stepped in to avoid the brewing scandal and ‘to give Addie time to grow out of it.’ Addie was registered in an experimental deep VR simulation program, where participants would be modeled on their slightly younger selves and go through many scenarios. It is probable, but not certain, that her parents and grandmother didn’t know that the real purpose was to test if keeping metahumans under sufficient emotional distress could keep certain types of spirits from the deep metaplanes from attacking them, while still feeding the spirits enough emotional misery to satisfy their hunger.

Addie’s growing delusions and budding technomantic abilities let her create an alternate history version of herself in the simulations, with geneware and bioware implants that explained certain of her experiences, and which justified a much happier, more robust, history version of herself in the simulations. But no matter of happy background or physical gifts could make the simulations turn out well, so time and time again she and the other met death, failure, or at best moral compromise and agonizing choices.

When a group of shadowrunners broke into the underground facility, they freed large numbers of participants, including Addie and her frequent-friend-and-occasional-lover-in-sims Dana. Addie was still in the grips of the simulation Addie, believing her happier history and her implants. When she reached out to her family for help she was told to return to the sims and complete her contract, when she tried calling the jujitsu sensai that she believed she had a solid relationship with he brushed her off.

Finally Addie and Dana accepted a bit of charity from the runners, including a place to stay briefly and a small amount of funds. While there Addie interviewed as many of the other victims as possible, believing that she was storing the information on an internal ’link. Then Dana and Addie headed off together to find their way in the world.

Unfortunately Addie’s delusion self was increasingly at odds with reality, resulting (again) in erratic behavior. At the same time the pair realized that they were wanted by the people who had run the experiment, likely as a loose end to close off given all the data that Addie had supposedly gathered. They began to live an increasingly dangerous criminal life, trying to obtain enough funds to more thoroughly disappear.

Addie is not entirely sure what happened next. She was found in the mildly radioactive waters of Beaver Lake with head wounds consistent with brutal removal of headware. Fortunately she was found by a former company man by the handle of Tipperman, who was himself in Glow City waiting to die following the loss of his own headware, position, and family. He saw in the half-drowned young woman a sort of fellow lost soul, and over a few months nursed her back to health. Tipperman was taking on certain grey market jobs during this time to keep them fed, one of which led him to The Tribe in Redmond, and he arranged for them to move there as it would be more helpful for Addie.

Addie didn’t remember much of her past life at first, and so was not blocking out her technomantic abilities. Tipperman recognized them for what they were, and as Addie’s memories came back Tipperman and The Tribe’s leader Tom Smart helped her understand what had likely happened in her life. She began to sort out what she truly knew and could do from what she’d only created as a story, and to recognize some actions as her resonance abilities at work. (although she still hasn’t figured out how it is that she can see in near darkness now. Tippeman suspected gene manipulations but she has no signs of essence loss)
The one thing she has not managed to make work for herself yet, however, is firearms. She learned to use them in the simulations a number of times, and somehow that pseudo-memory seems to mess with learning the proper skill. She is still hopeful that this will sort itself out eventually, but for now she is making do with simpler ranged weapons. She isn’t quite as badly off with social influence skills, but she knows she was better at negotiation and leadership before going into the sims, but the cascade of calamities that happened from trying to take charge has badly stunted her ability to enter in a social battle of wills. She is just fine, however, at social manipulation.

As she recovered she managed to make contact with a few of the other former test subjects, with varying degrees of warmness. Summer, one of them, was a sort of technomancer herself and offered to help Addie understand and develop her abilities. Addie also connected especially closely with ‘Dot’ who is working as a trid script writer, and who seems to have a view on stories that has helped Addie to make sense of her life, and in return Addie has helped Dot come up with some wiz scripts.

Unfortunately as Addie came further back to herself and gained new abilities, Tipperman declined. It was eventually determined that he had some mal-functioning nanites that were in a battle for his brain — fortunately they did not seem to be an intact CFD strain although they may have originated that way before the radiation of Glow City. With some experimental work from street doctors and Addie playing technomantic pied-piper the nanties were (hopefully) fully expunged, however the process ravaged Tipperman, forcing him to re-learn many everyday activities like speaking in full sentences and using most forms of machinery.

Addie has been using what contacts she inherited from Tipperman plus her own experiences to start trying to make her own money, to better pay The Tribe for their care of Tipperman. She’s had enough success to at least moderately gear up, but she knows she has a long way to go to prove her worth in the shadows. 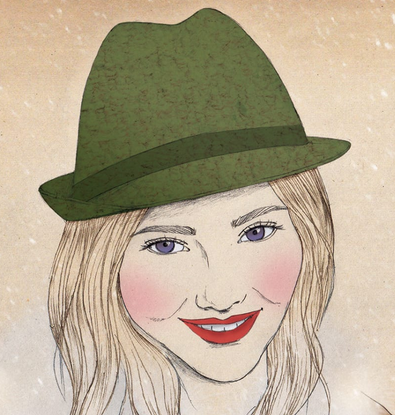