Age 20 Sex F Height Small Build Slight
Nationality UK
Description Small and waifish with wild dusty blond hair and striking eyes, with an indefinable aura that makes everyone want to like her

Let me tell you about Spriggan, Evelyn or even Evie, or what I know at any rate… she may be my half-sister but I didn’t even know she was alive until just over a year ago.

Like myself she’s a changeling, but in far more dramatic a fashion. She’s short, childlike almost, slim and waifish. She shares my small tusks and small horns, although she is far more open about both. Dusty blond hair that is usually slightly wild and striking green eyes. Of course what is most noticeable is that when it’s dark her skin glows! Less visibly noticeable is the aura that surrounds her that makes everyone want to like her…fae glamour. In fact that’s a good way to describe her really, fae touched. She’s far wilder than I am, something that has made getting to know her a bit of a strain as we are so different. Her handle suits her well, mischievous imp… They tell me it’s highly unusual for the changeling strain to run so consistently in a family, junk metaDNA isn’t usually repeated…so maybe we really are influenced by the mana environment that our shared father grew up in, the Cornish wilds, and it’s prevalence of fae activity.

She grew up in London with the rest of my father’s brood, and it’s quite a brood I gather, my twin sister and my younger brother, and four younger half-brothers and sisters. I gather it was happy enough but being the daughter of a shadowrunner and then a fixer can’t have been easy, I should know, and her wild nature got her into scrapes that her charm just about dug her out of. My father was mostly absent and I don’t know what the story is with her mother, so she was mostly raised by my aunts until packed off to an exclusive school to try and curb some of her wildness. I’m sure they did their best and it’s no doubt that due to their efforts she learnt something but she clearly balked at the restrictions placed on her and there are numerous reports of her skipping out of school or disrupting the quiet and orderly round of events.

There’s a blank in the records from when she was sixteen to eighteen but I have a feeling that if I was to follow her trail more closely it would lead to the Celtic druids, either in Cornwall or Wales…she learnt to master her magic somewhere after all! Whether she absconded or went at Torrent’s request I don’t know, but when she returned she was still wild, but far more focused. She went to work for my father, using her gifts to further his rise in power. It was on one of his trips here to Seattle that she obviously discovered that I existed and she slipped away from the entourage and sought me out…

I was suspicious at first of this girl that turned up out of the blue, but the family resemblance is hard to deny and the checks I ran confirmed her story. To learn that our father was a successful international fixer was a shock as I thought he must have died on some run long ago…but that’s a story for another time…

Ok, my turn, you can’t ask Silk to tell you about who I know around the ‘plex…after all she is one of my key contacts here and the things I’ve got to say would make her blush!

Silk [Infobroker, Fixer, Half Sister] Connection: 4 Loyalty: 3
Well what can I say about my big sister? She’s great! Everything that my other older siblings and dad aren’t. Don’t get me wrong, my family are ok, but Silk is the only one of the older ones that is prepared to accept me as me and not someone to be manipulated and moulded into something else…I don’t take being manipulated very well! She sits like a spider in her web of secrets, and Mab appreciates both spiders and secrets. Ok, I sometimes catch a glimpse of disapproval in some of my wilder escapades, but it is more exasperated than anything else and I know how to deal with that.

Torrent [Fixer, Father] Connection: 6 Loyalty: 1
I’m probably a nuisance to my father and my lack of conformity has been a bone of contention between us for most of my life. That’s not to say that I won’t help him, or he me, but it’s a cordial rather than loving relationship.

Morrig [Human Celtic Witch, UK] Connection: 3 Loyalty: 4
When I finally tired of at least appearing to toe the party line it was Morrig who ‘rescued’ me from my aimless wandering. I don’t know whether it was Mab that drew me to her, or some other force, but either way she became my mentor on this plane. She knew not to try and curb me, but how to release my potential within the power of my true self and my spirit mentor Mab. 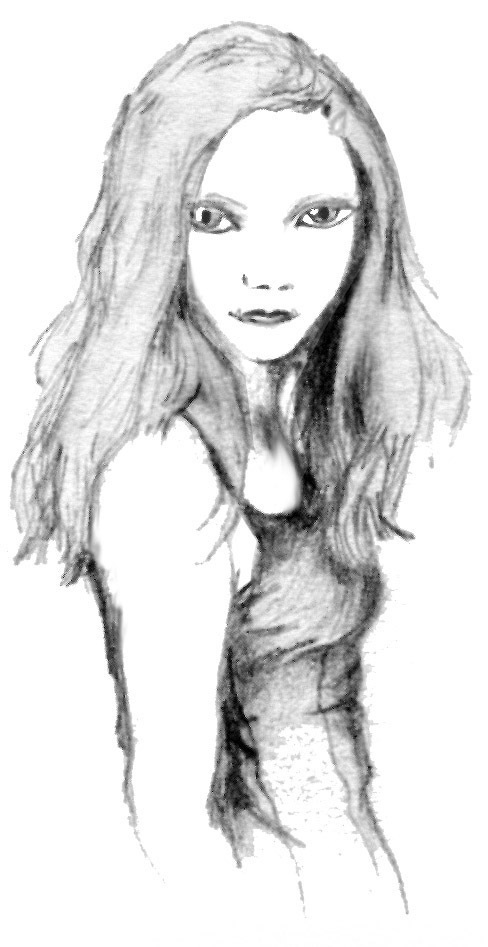