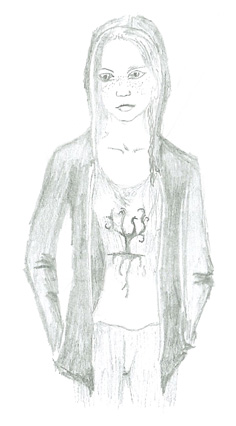 Description: Aria Waters is Silk’s daughter, although given their official ages that seems unlikely to some. Aria and her brother Gwyn were born in House Laésal in Londinium in a metaplane with a different timescape than the real world, where Silk was trapped with her partner Hunter for the better part of two decades. When they finally returned to Seattle very little actual real time had passed.

She was named for Silk’s friend Aria, a shadowrunner from their past, although the two couldn’t be more different. She is a changeling like her parents and younger brother Gwyn, in some ways more easily concealed; she appears to be a pretty young red headed girl in her mid teens with no unusual features, but in some ways more dramatic as when she employs any magic she manifests a set of dragonfly-like wings not unlike a pixie. Sadly those wings don’t actually allow her to fly in the much calmer manasphere of the Sixth World. She appears to be quiet and serene, a product perhaps of the Victorian esque environment of her youth, however, she may look like a fairy but she has the burning soul of a bane shide. She walks a thin line of balance between darkness and light – her primal magical energies held in check by a genuine desire to be good, whatever that means.

She and Gwyn pretty rapidly embraced the modern world, so very different from their youth. They are living the stories their parents fed them of the glass towers, corporate overlords and the runners darting through the shadows between it all. Silk, recognising their magical potential, drafted them (more or less willingly) in to the Patteners and they are the youngest members of the fledgingly order. Although Aria chafes somewhat against the restrictions imposed on her she is glad to be taught the mechanisms for control in the face of the wellspring of her power. 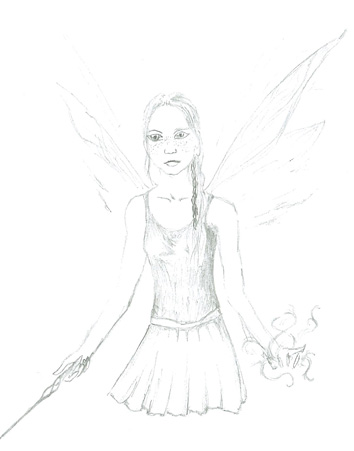